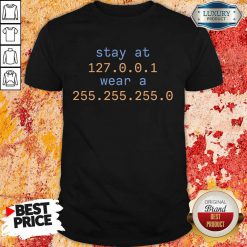 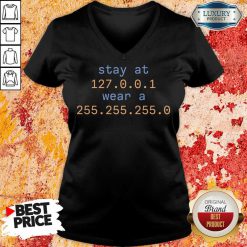 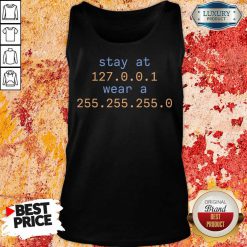 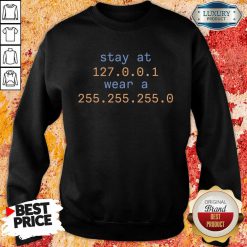 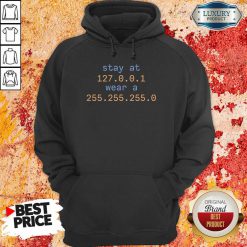 Well, he’s right. Technically it’s cancer that kills. The context of this is Awesome Stay At 127.0.1 Wear A 255.0 Shirt just a “guns don’t kill people, people do” argument. He downplays statistics by laying blame on various other health factors that either cause or contribute to smokers dying. It’s the same conspiracy-grade bull you see when people claim the COVID death toll is wrong because many of the people dying have other underlying conditions that put them at greater risk. TL;DR, he was a liar then and he’s a liar now. That’s why there was a $206 billion tobacco industry settlement THREE YEARS before he wrote that? Okay then. Awesome Stay At 127.0.1 Wear A 255.0 Shirt  I will carry this screenshot around everywhere. Try them I’m allergic to smoke, I’ll tell them to put a mask on. I’m a Democrat and I have rights too. Here’s the thing, if you are still looking for guidance from your government on covid you are dumber than those. Pence’s point was that not everyone who smokes dies from smoking-related illnesses, and he acknowledged the health risks of smoking after referencing fairly accurate statistics about them. What’s true about this statement is stats are skewed. For instance, my grandfather had emphysema and they blamed his tobacco use. He was a coal miner for decades.