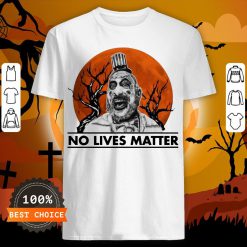 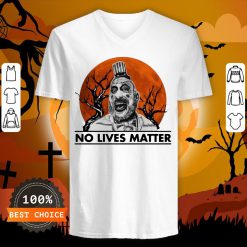 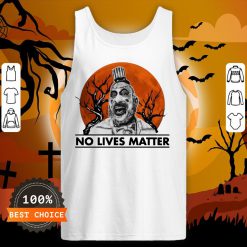 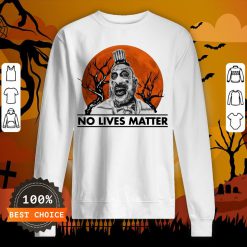 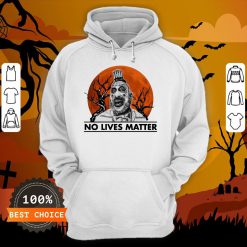 I thought the Captain Spaulding No Lives Matter Halloween Shirt Year One adaptation was pretty spot on. That and TDKR 1&2 had some of the best animations that DC animated has put out in ages. It’d be nice if they would commit to stepping away from the choppy discount western-anime style they’ve been using for the last however long. It’s bland, it’s ugly, and it doesn’t work for a lot of the adaptations they use it for. Year One came out before TDKR 1&2 so it isn’t a great indication of the quality drop since then. Man, there were some great DC animated movies in the early 2010s… Under the Red Hood, TDKR, JL.

Gods and Captain Spaulding No Lives Matter Halloween Shirt Monsters, JL: Doom, Flashpoint, All-Star Superman. I agree but Bryan Cranston really carried the movie. While it being about Batman’s first year it’s mostly Gordon’s story and about him trusting Batman so the focus is rightfully on him. Haha wow, I guess I must’ve had some rose-tinted glasses on. It’s still one of my favs, maybe more so because I love the Year One comic so much Most movies post Flashpoint that wasn’t part of the Justice League War continuity was pretty good. Too bad they were few and far between.