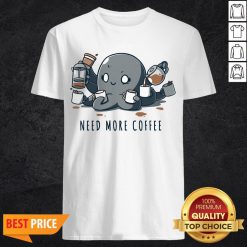 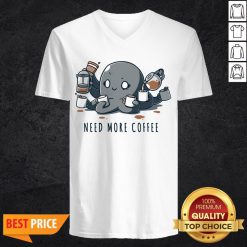 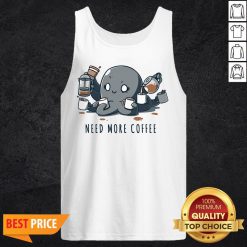 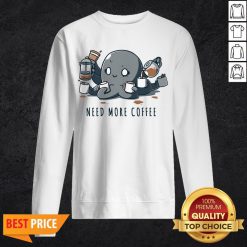 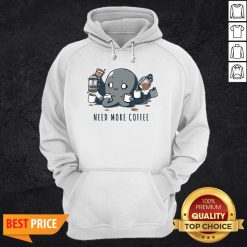 Supports unilateral prison Octopus Need More Coffee Shirt reform and reduction of the prison population. (Again, it is worth noting that she did not support these positions when she was a prosecutor in CA or when she served as Attorney General for the state – in fact, she often used policies that pushed more people into the states prison system, and agreed to plenty of private prison contracts.) Supports the legalization of marijuana and admits to having smoked it in college. (On the other hand, she also locked up thousands of Californians for marijuana and marijuana-related offenses). She supports an Equal Rights Amendment that expands protections against discrimination on grounds of gender and other decisive factors.

She Octopus Need More Coffee Shirt supports Universal Basic Childcare and co-sponsored a bill last year that would ensure no family spends more than 7% of their income on childcare if they earn less than 150% of their state’s median income (or an established federal threshold). Supports a mandated paternal & maternal leave for at least 3 months per parent. At times she has said she supports 6 months or more per parent. She is a strong supporter of common-sense gun laws. Specifically, she supports using Executive Orders to mandate a background check for every gun purchaser, as well as for all sellers who sell more than 5 guns per year.