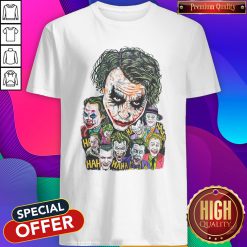 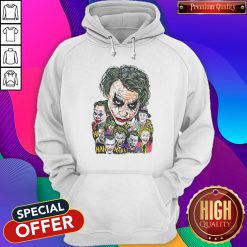 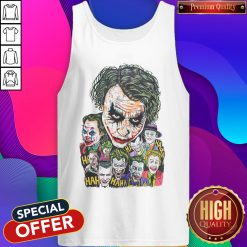 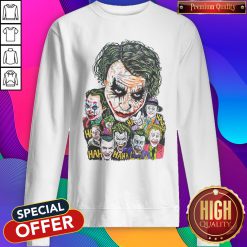 We hate Felicity because she’s overbearing Joker Face All Season Haha Shirt has tested positive for sociopathic and mild psychopathic tendencies (wording matters, I’m not saying she’s either, just that she has similar tendencies) and has ruined any chance at the relationship the show should’ve been working towards but stupidly didn’t, the classic and comic accurate pairing, and subsequent marriage, of Green Arrow and Black Canary. They literally wrote Felicity out of the early New 52 run of Green Arrow, that’s how much the character sucks. My only qualms with Curtis are his incessant need to remind us of his diversity. We get it, he’s gay, good for you, Terrific even.

I read through both posts and there’s no need for cookies, it was very informative! Thank you! Yeah, I’ve had my fair share of diversified fandoms and understand that there’s a lot of passionate opinions involved in Joker Face All Season Haha Shirt said subject. I just thought it was an interesting topic to pick the hivemind’s brains about, and I enjoy hearing other peoples’ opinions for the most part, unless they’re laced with personal attacks or include some crazy conjecture in an effort to pass their subjective thoughts as fact.

In the meantime,Joker Face All Season Haha you might read claims like she nuked 10,000 people. Wishes Thea was dead. Or that she should be kicked off the team for not “obeying” Oliver. Or that she’s a terrorist for freeing an Argus prisoner, a claim that ignores that Oliver did the exact same thing when he broke out Chase from Argus’s lock up like two weeks later, lol. But Felicity is evil now, lol.If I were to offer any advice I’d say don’t let other people’s often very complex reasons for having their opinions get in the way of what you do find enjoyable. Fandom can be a great thing, but it also can lead to second guessing and a certain cynicism that can actually lead to less enjoyment of a show.